Be prepared with helpful travel tips!

What can we help you find?

Founded in 1819 when a farmer, trapper, and guide by the name of Jacob Smith Moody became the first permanent settler in the area, Saranac Lake looked much different than it does today. Besides the obvious lack of shops and art galleries, the Saranac River wouldn't be dammed to create what would come to be known as Lake Flower until 1827. Today you can enjoy an array of fascinating historical sites, museums, tours, and special events. Stay at the carefully restored Hotel Saranac, a unique 1920s hotel in the heart of downtown Saranac Lake.

Before Saranac Lake became the popular outdoor recreation and heritage tourism destination it is today, it was once a world-famous health resort and center for scientific research. Historic Saranac Lake operates the Saranac Laboratory Museum in downtown Saranac Lake. Built in 1894, as the first laboratory built for the study of tuberculosis (TB) in the United States, the museum is open year-round with permanent and temporary exhibits. Historic Saranac Lake hosts regular summer and fall tours of various historic sites, including the former Trudeau Sanatorium property, and the Bartok Cabin, where Hungarian composer Béla Bartók spent the last summer of his life. You can explore historic downtown with a self-guided walking tour.

Other interesting historic sites include the Robert Louis Stevenson Cottage, and the Six Nations Iroquois Cultural Center in Onchiota.

The Adirondack region was initially used by the Native Americans to hunt and trap. It is thanks to these early settlers that this region is now called the "Adirondacks," meaning "bark eaters." Growth in Saranac Lake was slow through the early 1800s. The economy at that time was based on logging as well as hosting and guiding 'sports' who came to hunt and fish.

In 1859, Apollos Austin Smith - known as "Paul" - opened a hotel on Lower St. Regis Lake. The hotel became well known as "Paul Smith's." One of his early guests was Theodore Roosevelt, before his rise in politics. Roosevelt's stay in the area helped him become knowledgeable in environmental conservation, and he recognized the Adirondack Park as a great resource for forestry and wildlife.

Outdoor recreation became a mainstay of the region's economy and Paul Smith was hugely successful. He left his estate to his son, Phelps, who then left the entire estate in his will to fund a College named for his father. Today, more than a century later, Paul Smith’s College has a thriving campus, specializing in the culinary arts, hospitality, forestry, natural resources, and ecology.

In the 1870s, Dr. Edward Livingston Trudeau came to the area very ill with tuberculosis. To his astonishment, his health improved. He soon established the United State's first successful tuberculosis sanatorium right here in Saranac Lake, New York and made the village his home.

In 1887, author Robert Louis Stevenson came to Saranac Lake to be treated by Dr. Trudeau, and the first annual Saranac Lake Winter Carnival was held to bring entertainment to the many people recovering in the village. By the turn of the century, the village had grown into a prospering community and a fashionable destination - home to the world-renowned Trudeau Sanatorium, a dozen bustling hotels, and a hundreds of local homes that catered to TB patients, known as "cure cottages."

Wealthy families of the early 20th century discovered the beauty of the region and many built Adirondack great camps. They would invite their friends and families to spend memorable times in the Saranac Lake area. Among the many well-known families who owned local great camps were the Rockefellers, Posts, and Guggenheims. The camps were staffed by hundreds of locals and many stories have been passed down through the generations.

In Saranac Lake, we love our history. From the region's earliest inhabitants -- the Iroquois people who hunted here -- through the first 19th century settlers to the development of the village as a health resort, Saranac Lake has plenty of stories to...

African-Americans have never made up large percentages in any census of the Adirondacks. But they have also been welcomed in proportions much greater than their numbers. Saranac Lake has long been supportive when it comes to the unique challenges...

Are there ghosts in the Adirondacks? Does Saranac Lake have a haunted past? Sources say yes, and to be honest, it has a haunted present, too. Many of these old buildings have spooky tales to tell. I set out with a member of the Adirondack Park...

Three years running, The Wild Center was named the People's Choice top attraction in the Adirondacks by the readers of Adirondack Life. To top it all off, The Wild Center's Wild Walk, a trail across the treetops, has opened to rave reviews. It's all...

Looking for a new adventure that will let you explore the Adirondacks and learn cool things? Get in on the latest challenge! New in 2021, History s'Peaks is an Adirondack museum challenge in the High Peaks region. 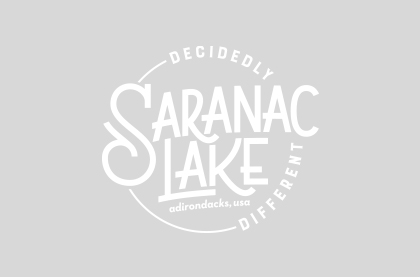